This is my beautiful son Neal.   I don’t think I’ve ever publicly spoken about him, except to describe his passing as the major catalyst for my spiritual awakening, and to acknowledge he is still a very large part of my life. In spirit form he is very present in my day to day life in a way he couldn’t be in his physical autistic form with all kinds of challenges that stifled his communication and understanding and meant he found life extremely difficult to cope with.

Today is the 23rd anniversary of his passing at the age of 10, unexpectedly transitioning after a road accident. We were left shocked and devastated that we had no chance to say goodbye or to prepare for, or even contemplate the unimaginable. It appeared as though someone had simply switched the light off.

He was a happy little soul when able to live in his routines and left to be in his own little bubble but not so happy when life necessitated changes he didn’t understand and would often strongly oppose. He adored his sister Gemma, who patiently played with him when he would let her.

He loved books, cars, lining anything and everything up in endless rows all over the house that we were not allowed to move he was fantastically good at jigsaw puzzles which he would often complete on the reverse side and was completely obsessed with Button Moon, Rainbow and Postman Pat! He would watch endless videos back to back and laugh out loud at bits that obviously tickled him. Bizarrely he also loved Last of the Summer Wine and Home and Away! I have no idea what he got out of either of them but he would be glued to the screen and every now and again laugh!

Life has many twists and turns and we often have to look back in hindsight to see the blessings. Without the breadcrumb trail that appeared after Neal passed I might not have started to walk the spiritual path or have ever explored the field of energy. I am so so grateful he chose us to be part of his life, during which he made his presence greatly felt, and his magical, innocent energy rippled out and touched everyone who knew him. Today I'm celebrating all we've learned from this amazing soul. 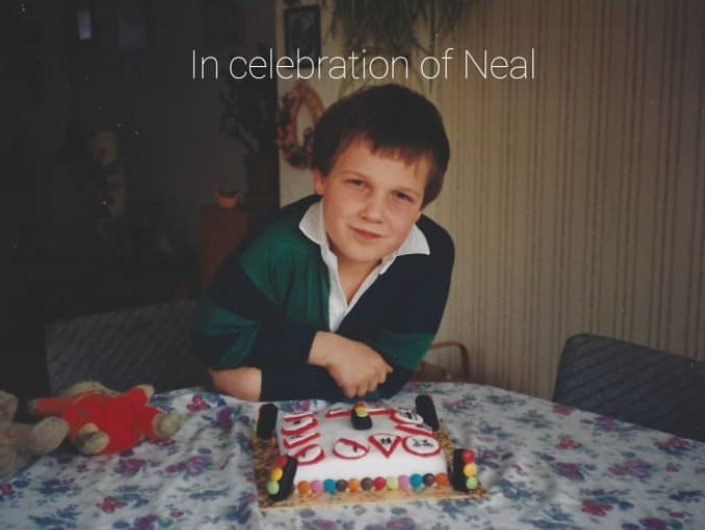